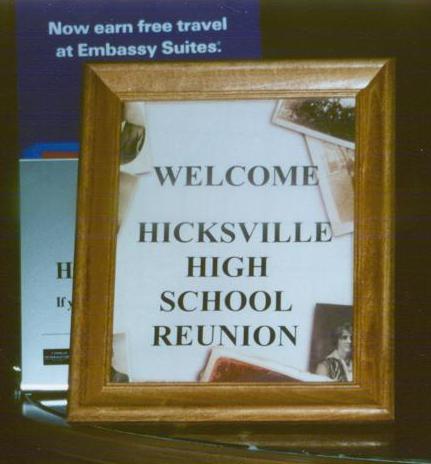 T.G. Lee Boulevard near the Orlando International Airport.  Hosts Jeanne and Jack LaPointe had the group over to their house on Friday night for pizza.  After  breakfast at the Embassy on Saturday morning the group drove  to the 3rd Spring Nationals Carshow at the Central Florida Fairgrounds.  The show featured 1500 hot rods, customs, classics, muscle cars and trucks on view.  We had dinner at the Embassy on Saturday evening.  Guests of honor 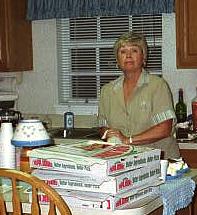 were Mr. and Mrs. Ray Rusch.  Ray is remembered as one of our favorites among the faculty at Hicksville High  when we were in school.  He subsequently became principal.  He retired  in 1981 and is living in Florida where he plays golf "three times a week."  On Sunday, the reunion finale included lunch at the Rainforest Café in Walt Disney World Village.  Among the highlights of the weekend, Roseanne Roland and Barbara Beck kept everyone in stitches with their non-stop standup humor!  If there were an MVP award for the weekend, I would vote that it should be shared by Rose and Barbara.  Accompanying pictures are by Carol Erlwein, Jeanne LaPointe and myself, Gene Yetter. 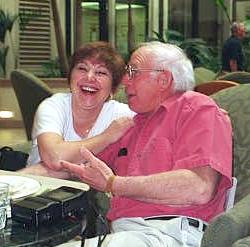 2. Cocktail hour at the Embassy on Friday.  Pat and Ray. 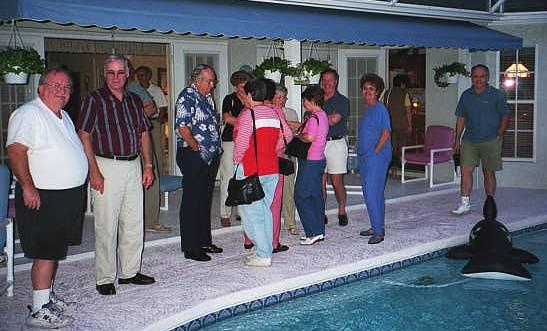 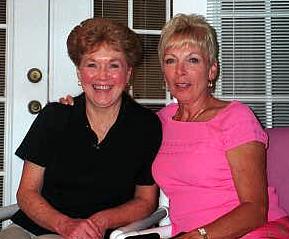 4. Beth and Carol at the LaPointe's. 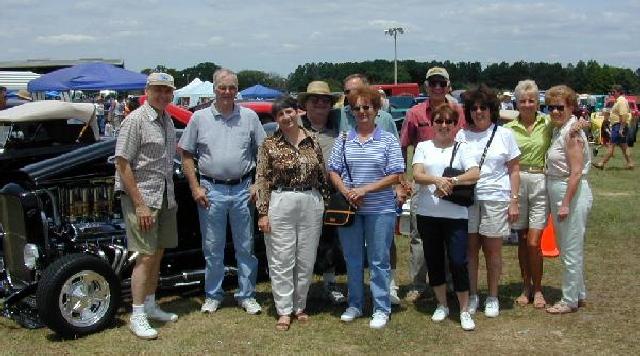 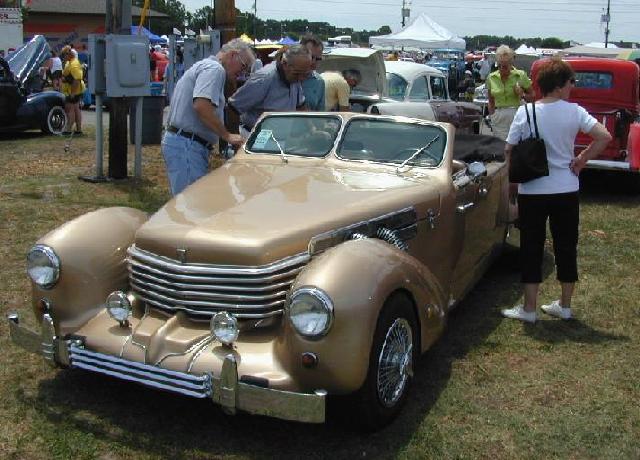 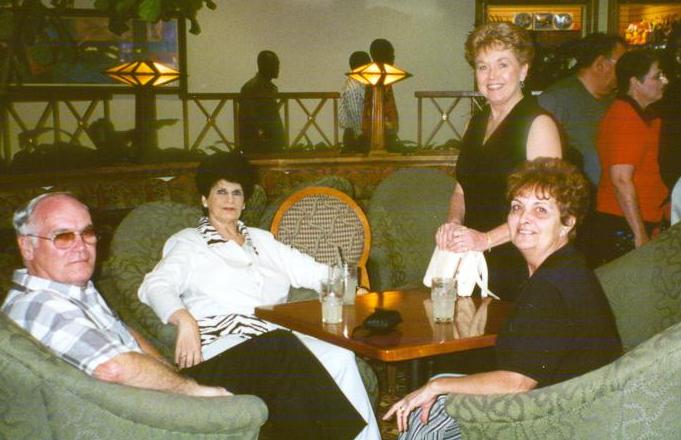 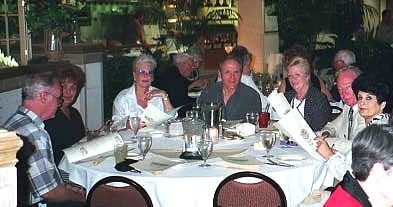 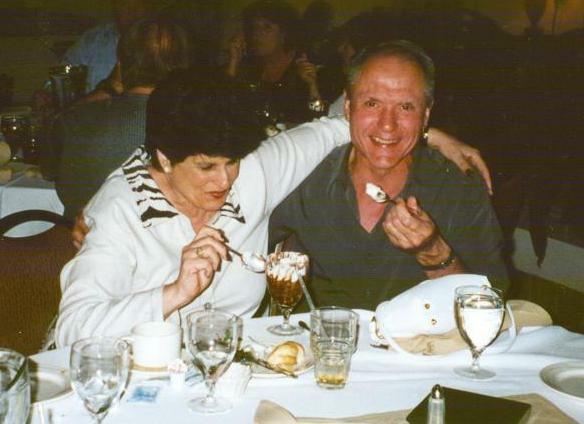 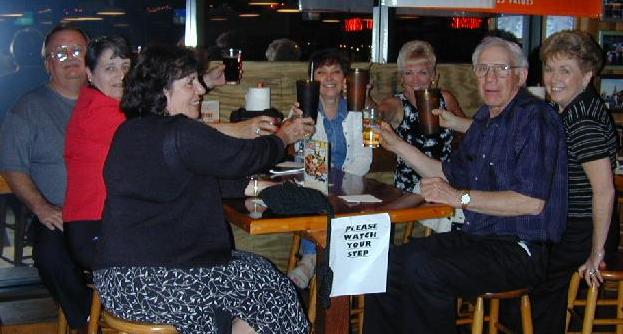 12. After dinner on Saturday night, the Reunioners drove to Church Street Station, the happening nightspot in downtown Orlando.  Stopping in at the local Hooter's Restaurant, they toast all who have a 60th Birthday this year . . . 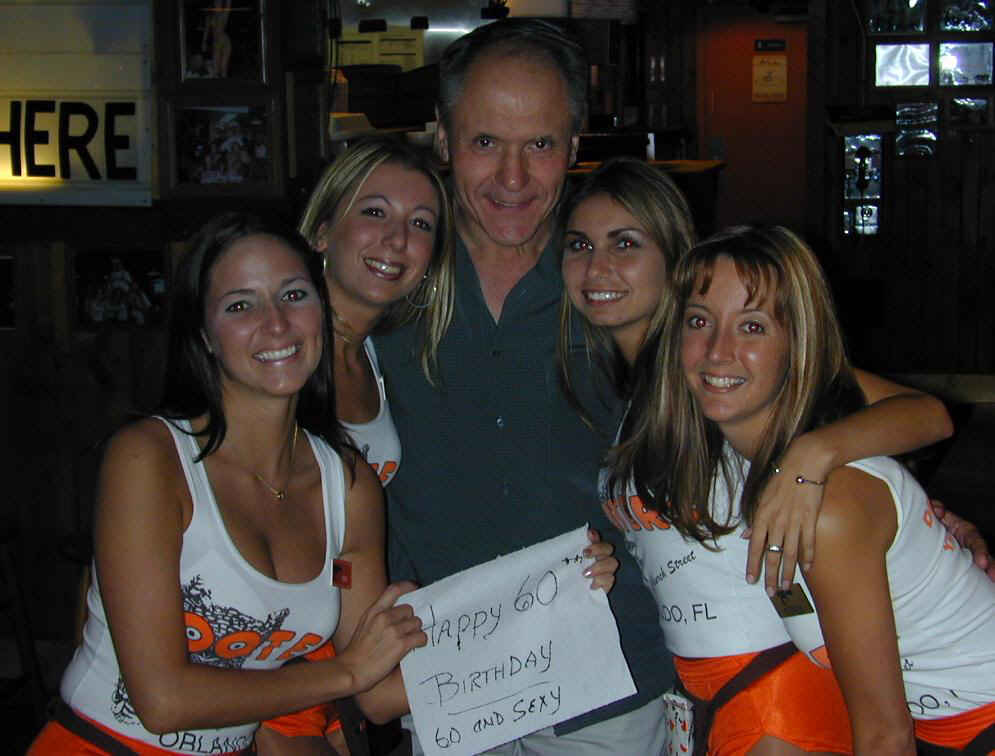 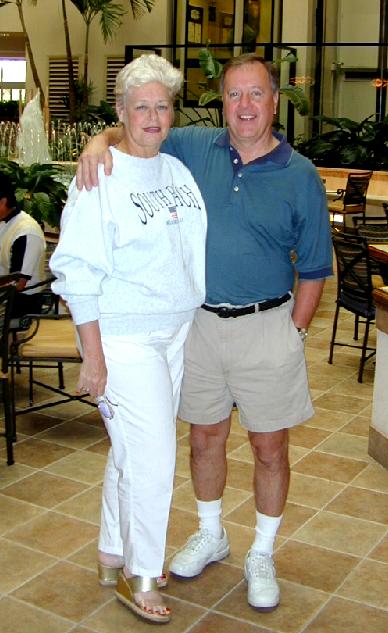 15. Barbara and Jim by the fountain in the main lobby and dining area of the Embassy on Sunday. 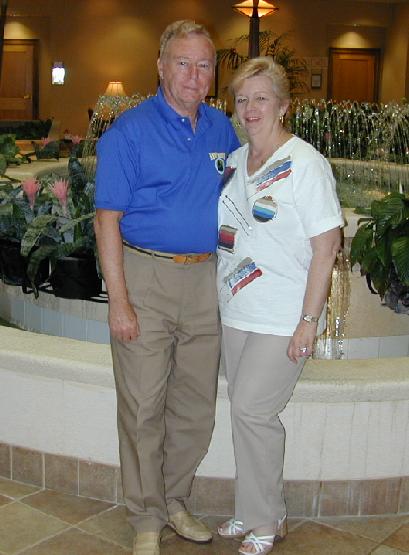 16. George and Jerry Beck take a turn posing by the fountain. 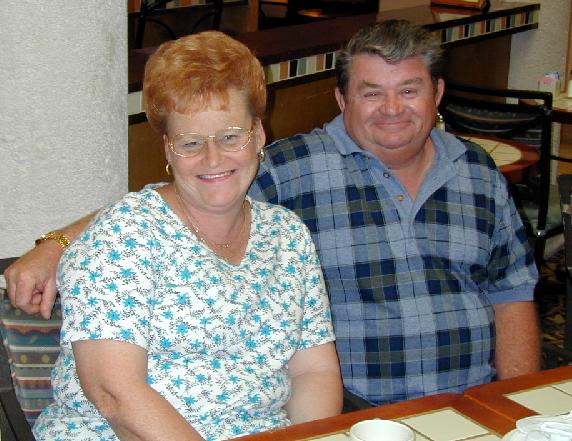 17. Catching up with the gang were Bob and Linda Stermer.

18. Tropical drinks.  One more for the road on Sunday afternoon at the Rainforest Café.